We have reached the last month of the year, and as a gift here is a look at last year’s December in twenty images, to see what all I won’t be having this time around.

Flamingos and other birdspotting at the Orbetello lagoon. Present shopping in Orbetello. Strolling around Rome’s Monteverde district. Sea food Christmas dinner in Rome with amore’s family, after seven consecutive years. All cancelled. Not to mention not seeing my own family in faraway Slovenia.

But the highlight of my last December came just after Christmas when I had a chance to make sure in person that Flavia is just as cheerful, smiling, positive and happy individual as she comes across on her blog. After that first meeting we had so many more this year that one category on her blog is called Getaway with Manja, which always cheers me up to see.

I hope you keep finding little things like this to make you keep going, just like this Song of the Year says. This is what salvation can sound like: Cosmos ‘n Roses, as I call The Bengsons after their shirts. Don’t cry.

Let’s see my little big things, starting with the biggest:

Before the year is done, I shall choose one photo from each month of 2019 and compile the ultimate Calendar 2019 as I do every year. Maybe one day I will even have it printed.

But in the meantime, keep going. It’s the least we can do, really.

And here are three previous Decembers for comparison: 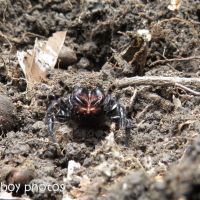