Here are some snippets from my local area where history is richest and which feel like capsules of time, ending with some people of importance with good PR.

Amanda’s last photo in her Friendly Friday post made me think of a surprising last year’s visit to my nearest town Capalbio on the hill and its tower in which I found a room I was reluctant to leave with the grand piano that Giacomo Puccini used to play. As I wrote then, it doesn’t happen every day that you’re completely blown away by the town where you live.

In Italy there are so many historic artefacts and locations that the country would go bust if it wished to restore all that has merit. This is why it is still possible to uncover major finds on a daily basis: an underground cave with a lake under Rome, a dead Etruscan buried in the sand on the beach, a pyramid-like structure that nobody knows how old it really is (it’s near Bomarzo and I still need to visit it), and on, and on.

I haven’t encountered any time capsules as such in my life, or had to make one in school. The only one I’ve heard of is Future Library, for which selected writers, starting with Margaret Atwood in 2014, wrote and will write a book each year which will only be revealed in 100 years. How about that.

I’m not a big history freak and don’t search it out in shape of museums and tombs often, but in Italy history finds you without trying and aims at you its time arrow. I’ve gathered some such instances, places and objects that caught my eye. There it is, Puccini’s piano, in the first photo of my gallery.

For Friendly Friday Photo Challenge hosted by Amanda at Something to Ponder About: Time capsule 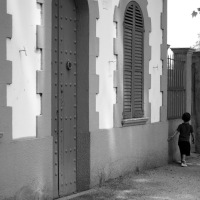