The meanings of drama, being fine and bad weather are changing, not even so slowly any more. Here is my drama.

First of all, thank you for all the fruits that I received for our last week’s Friendly Friday challenge. Next week we meet over here again since Amanda is still busy with moving house, but she’ll be back.

This week Snow Melts Somewhere tells us to be dramatic and her photos are good examples. She also says that the word “drama” now reminds her of me, which I’m glad to hear and have promised to explain.

You see, drama is what amore calls snow. He cannot imagine it in any positive light ever since he was freezing his ass of in Lago di Como where he was in the army. (His other location was Lucca. How about that.) Ever since I met him, there is only one word for snow in my family. If father reports how much snow has fallen in Slovenia, he would call it 5 cm of drama.

So, it’s actually Drama That Melts Somewhere, and if Snow ever considers changing her name, she is welcome to use this one. 😀

As for drama and weather – soon nothing will be funny any more. It’s like everyone’s biggest fears are coming true, not just weather-wise.

Yesterday the day didn’t make itself known. There was no light in the sky, only one big storm with thunder and lightening from 6 am (yes, dog, gotcha) till 4 pm or so. In the evening I saw that a brand new cyclone was announced for today.

Today started with light rain. After planning a cosy day in, I realised that we have theatre tickets for a comedy 45 minutes away. It had to be today with two available time slots. I looked at the forecast and chose the performance at 4 pm and am I glad I did. This way we are now done with it and safely home after a bumpy drive through heavy rain on more or less flooded roads. While outside another storm is raging.

All this after amore came home from the shop to ask me for cash since the cashier told him his funds were insufficient to pay with card. With no small panic he checked his account online but all was fine. I don’t know what tricks his bank (one of Italy’s largest) is playing, since he also wasn’t able to charge full tank of diesel but only up to 40 Eur. What gives? Another sign of things to come?

And during all this, our previously unknown singing neighbour asked me if he could access his apartment via our roof because a ladder had fallen down inside his home and was blocking the main entrance. The dog was quite astonished.

I know that some of you are experiencing real drama. This post is just to show that it’s not true that nothing happens around here. Also, here is the rather shocking situation at the flooded Terme di Saturnia these days.

In the photos I don’t want to show any drama as such. They are from a walk I took in Monteverde, Rome, last weekend, the one of the hollow-eyed tree trunk and the escaping stony lady from my creepy post. It ended with some unexpected dramatic street art and a torrential downpour. For a while I was waiting with bestia in a dry spot to see if the rain would stop but it didn’t so we walked back to amore’s father and arrived wet to the bones.

It’s been hours since I started to write this post and the thunderstorm is still on. But to end on the lightest note possible – my father today told me the best news to pass on to amore: for our trip to Slovenia the last week in November no drama is forecast. Much too warm for that.

Here is an interesting article on Pier Paolo Pasolini and his curator Silvio Parrello. 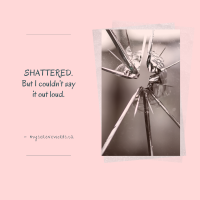 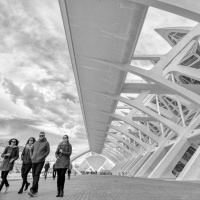 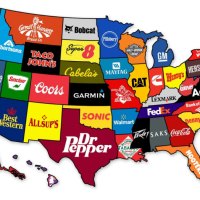