Who says fairy-tales don’t come true? You just need to go. This was my fairy-tale day in Torre Alfina. Not completely solo either: bestia and I make a good team.

In my Friday post I wrote that I most likely wouldn’t be going anywhere this weekend, and then promptly ate my word, grabbed bestia, my camera and my map of Tuscany – in case my phone died – and drove all by myself towards Torre Alfina in the province of Viterbo.

This town with a magnificent castle one hour and a half away had been completely off my radar until I recently chanced upon this marvellous photo on Facebook:

Do you see how preconditioned I am by fairy-tales? I see this castle and just have to go there. Probably I thought it would be made of chocolate. That no, but a gelateria was indeed open and they had chestnut gelato, the first for me. And the nice man brought bestia some water too.

The town and the castle were spectacular in autumn colours. Today’s photos are just to give you an idea, I took so many more. But not just architecture and autumn – there was also a funky street art side to the town that I didn’t see coming. How happy it made me to be there!

On the way there I stopped three times and on the way back three times again. It’s pretty brilliant to see something nice and just stop, without any not-again sighs. Bestia was all in favour.

First there was Lake Bolsena in the distance and a nice house by the path. A falcon or something big came flying around the corner to sit on the fence but then saw bestia and me, turned back and flew away even before I could click.

After that I spotted a town in the valley through the leaves while driving and had to take a photo of that, so I parked and walked back to the exact spot where I looked down. Luckily that road is not too busy.

On return I planned to visit the nearby town Aquapendente which I hear is full of street art as well, but the light was going and the town is much bigger than expected. Next time.

First I stopped for a double line of trees with some deer crossing the field, which bestia luckily didn’t notice, and the day finished with the fierce sunset on one and the full moon on the other side of the gas station. What more could one ask for?

So when in doubt and it’s not crowded – just go. Who knows when it will be forbidden or impossible or just too hot. Even if you bring the map of Tuscany but then go to Lazio on the border with Umbria. 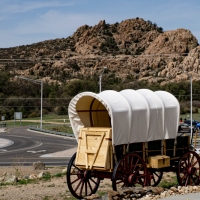 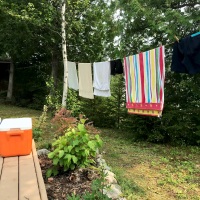 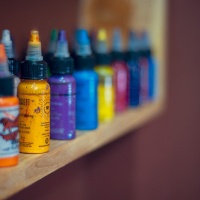 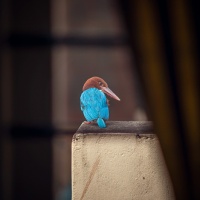 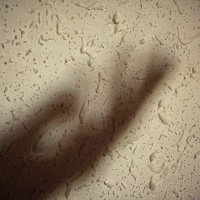 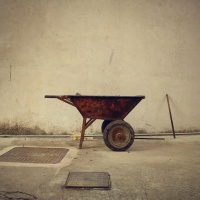 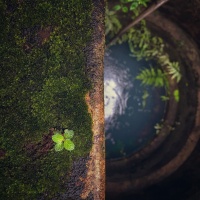 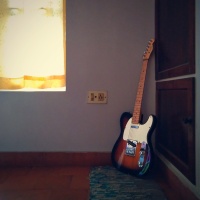 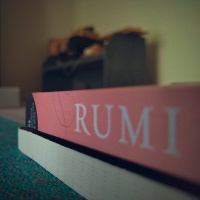