Today two low-tech poems in prose, a found poem by way of books covers, plus a photo gallery of good things that made me happy this week.

Prompt 17: “Today, I challenge you to write a poem that features forgotten technology. Maybe it’s a VCR, or a rotary phone. A cassette player or even a radio.”

I chose to write two drabbles, which I consider a non-fiction poetry-in-prose form with exactly one hundred words. Some years ago I wrote a book of them for my father’s 70. These are about two low-tech moments in my life.

One phone for the family of four.
On alternate weeks classes fall after lunch.
You don’t want the phone to wake you.
But it does. Repeatedly.
Every morning: Riiiing! Bolt from yours into the living room. Pick up the receiver.
“GRAMEX!”
“No, it is not! Stop calling here!”
It’s my second or third visit to my ex’s place. I spot a pack of his old business cards.
Big letters spell:
GRAMEX.
Underneath there is a number. It looks like ours.
Only one little digit wrong, the last one.
All those people were calling him early, too early. By fifteen years.

I’m technically challenged but determined.
What was your first use of the internet?
I went after Pearl Jam live recordings:
covers, rarities, stuff you don’t hear on the radio.
I learned that songs came in something called MP3 format.
I downloaded them and listened.
Then I wanted them in my Peugeot 504 too.
This car had pillows in the back seats.
It didn’t come with the cassette player for nothing.
What to do?
I placed my portable tape recorder next to the computer’s speakers and pressed Record. Straight up.
My and possibly world’s first MP3 cassette.
How about that noise.

As you will see, there is another poem in this post, but you will have to search at the end of the gallery and this post to find it. It is a found poem made of book covers, the idea I got from Maxie Jane Frazier, with thanks.

This post is also for Friendly Friday photo challenge. Today’s host Sandy asks about something good in these mostly upsetting times. It’s good that people show solidarity. It’s good that musicians let us into their intimacy as they sing and play from their homes. I will mention some of the favourites in a future post. It’s good that we are healthy, the rest will take care of itself. And if you are not, I hope you are getting better. Much love.

In the meantime, here are some glimpses that made me happy this week, and at the end there come two book piles. The poem they form is added after the gallery. Many of these books are still waiting to be read. Favourites take time.

Oh, and probably the next best thing that happened in the last month, other than stay healthy, was to be made the featured participant for the day at NaPoWriMo. With the door poem, too. Thank you!

How I live now:
mostly harmless,
half asleep in frog pajamas,
in defence of food.
The omnivore’s dilemma
written on the body.

The sweet hereafter:
the sea, the sea,
the far side gallery.

for Friendly Friday Photo Challenge hosted by The Sandy Chronicles: Something good 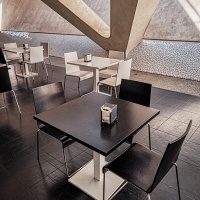 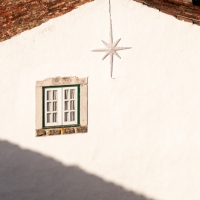 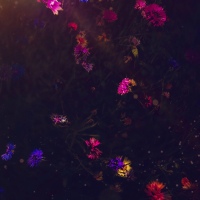 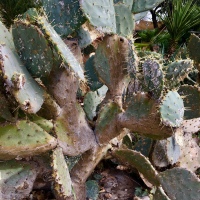